Fire Element in History and in Rebirthing

Home » Blog » Fire Element in History and in Rebirthing 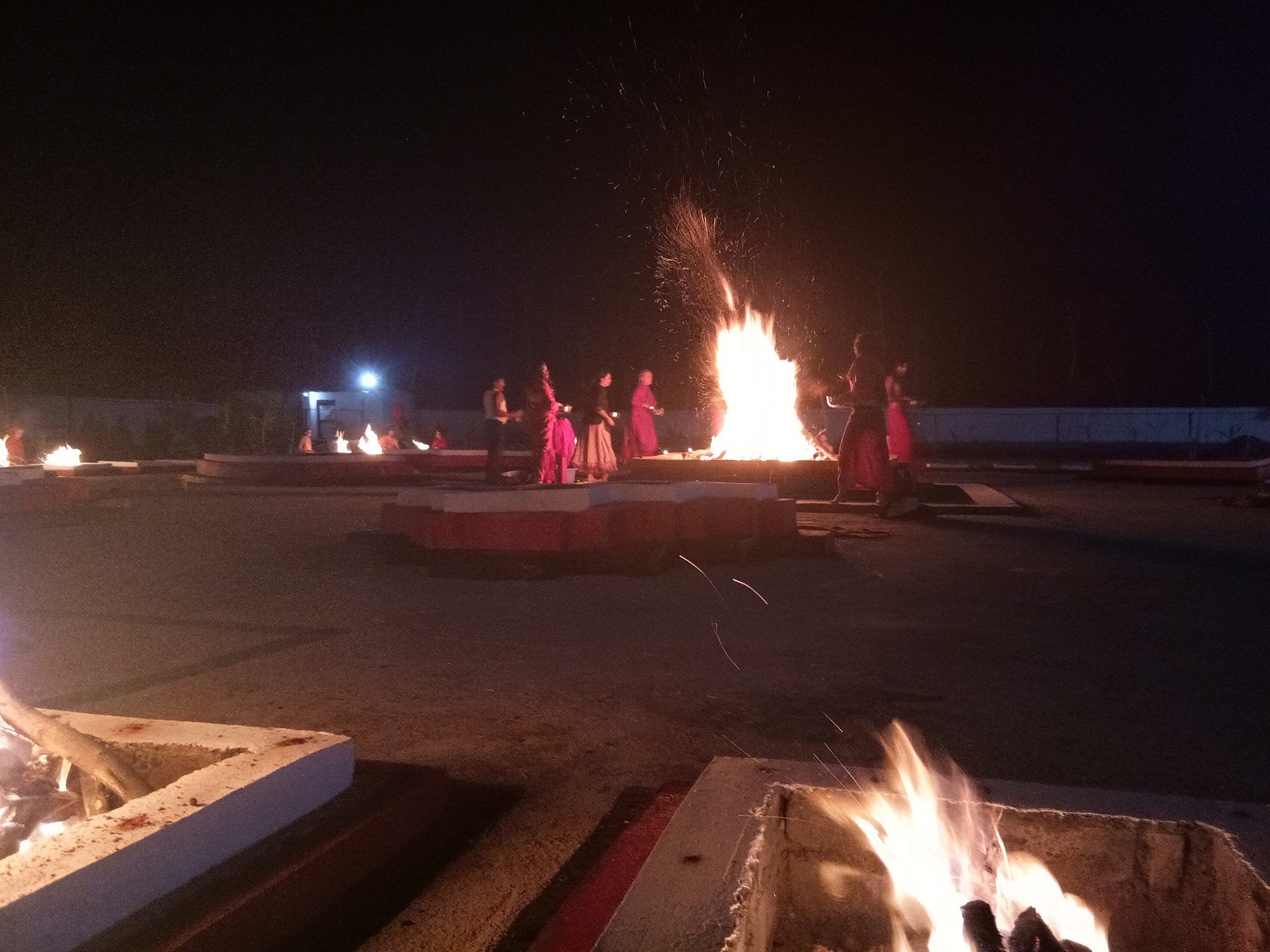 Fire is magical and mystical

Fire is the physical quality of God, it is the warmth and love of God. In some religions, it is called the Saviour since without the fire of the sun we would all be blocks of ice.

Fire is the ultimate healer, it dissolves the pain out of body. Not only can it heal all disease known to humans, but it also burns away our sins.

Fire is a gift of God. It is a spiritual experience.

You really do discover the secrets of fire by spending time alone with it. In the same way that fire transforms wood into ashes through a mysterious process, it also burns our emotional pollution and our mental noise, bringing us peace.

Spiritual civilisations have always fostered contact with fire, and Indian yogis, who know its power well, build sacred places for it.

Fire and its presence in different spiritual paths is very well documented. Several approaches of interest are outlined below:

Agni, the elemental god of fire was the principal deity in most of the Vedic rituals as he was supposed to be the mediator and divine messenger between gods and men.

He is regarded as the friend and protector of humanity, and he safeguards the home.

Various forms of fire are associated with Agni, such as the sun, lightning, comets, domestic fire, the fire of the funeral-pyre, the digestive fire and the sacrificial fire.

Agni is perhaps most closely associated with sacrificial fire, where he is thought to carry the offerings of humans to the Gods.

Agni knows the thoughts of all people and is a witness to all important actions, hence the use of fire in many Hindu ceremonies.

From the Earth, Fire is drawn up be vegetation and so when two sticks are rubbed together fire appears.

An integral part of the Agni myth then, and central to he Hindu’s mystical view of fire, is the birth of the fire element coming throught the elements of earth and water.

In Hinduism, Havan (homa) is a sacred fire ceremony, one form of Puja. Puja is a devotional practice or ceremony of worship that is practiced in almost every Hindu household, either on a daily basis or during some important religious function or ceremony.  It is of note that the Puja ceremony of the Hindus generally ends with the offering of Aarati, or sacred flame to the deity.

In Havan various forms of the Divine gods and Demi gods are invoked in sacred fire that has been kindled according to the guidelines in the Vedic scripture.

Certain special offerings are made into the fire while Sanskrit mantras are chanted. The combination of the powerful energy of the fire and the Sanskrit mantras creates extremely auspicious and purifying vibrations that are beneficial to all who attend the Homa. The smoke that rises from a Homa contains a powerful heeling energy, and as it rises to the heavens it purifies the atmosphere, both physically and subtly, encouraging a peaceful environment and gentle weather. Every kind of negative karma can be purified by the sacred Homa fire, due to divine grace.

Homa is perfomed in a receptacle (Havan Kund), in which a fireplace (Vedi) is made with bricks.The Homa fireplace should be decorated with colourful flowers, leaves, grains, and beans.

The real significance of doing a Havan or Puja is that one is offering one’s negative karma to the power of the flames, to be destroyed and replaced with positive karma. If a Hindu Brahmin priest is officiating, money is contributed, alongside offerings in the form of flowers, coconut, Ganga water and incense. Through the power of the Homa ceremony, the negative karma is destroyed and replaced with positive karma.

If a person is experiencing difficulties of any kind, doing a Homa will help to lessen those difficulties. In addition, doing a Homa is a very sacred act of merit, as Homas benefit all family members and invited friends.  Doing the sacred Homa in your home can both reduce one’s negative karma and enhance one’s positive karma, which makes life more conducive to spiritual practice and which ultimately leads to the highest liberation.

Fire was important for the Old Testament sacrifices.

The fire on the altar of burnt offering was a divine gift, having been lit originally by God Himself (Leviticus 9:24).

The Bible describes God as a consuming fire, and fire often appears a a symbol of God’s presence. Fire has many times been an instrument of God’s judgment and sign of His power.

The word Purgatory is related to the verb – to purge – which means to cleanse or purify.

Purgatory is not a second-chance for damned souls to repent. Instead it is a state of cleansing and purification for souls destined for heaven. Also Purgatory is not a means to earn our way to heaven, but a gift from GOd preparing us to see Him face to face.

In ancient times, when Zoroastrians built no temples, light served as the focus of their religious practices. Fire was a means of producing light. When using  a flame, a source of light, as the focus of the spiritual life, the symbolism carried by the fire and the light it produced, conveyed some of the essential principles of the faith.

Symbolism of the fire:

The temporal fire was also the symbol of the cosmic fire of creation, a fire that continues to pervade every element of creation. Light and fire were also essential elements for sustaining life.
Zoroastrian scriptures do not prescribe worshipping in a temple and make no mention of Zoroastrian places of worship. Traditionally, Zoroastrian’s worship individually at home, or in the open, facing a source of light.

In ancient times, frequently lighting a new fire would have been difficult. Maintaining a continuous fire in homes would have denuded a fragile environment of trees. Zoroastrian communities therefore developed community fire houses that housed an ever burning flame tended at all hours by fire keepers. When needed, householders would come and light their house fires from the central community fire.

The ability to make, build and ignite fire was undoubtedly the single most important discovery that enabled the civilisation of human beings. Fire made it possible for people to populate land in the colder regions of the earth. Fire produced light and provided protection. Fire enabled food to be cooked.

“When fire BURNS, the heat causes a CHANGE in FORM. Only the basic elements remain in ash form.”

PrevPrevious PostThe 3 main categories of the Rebirthing
Next PostShivaNext