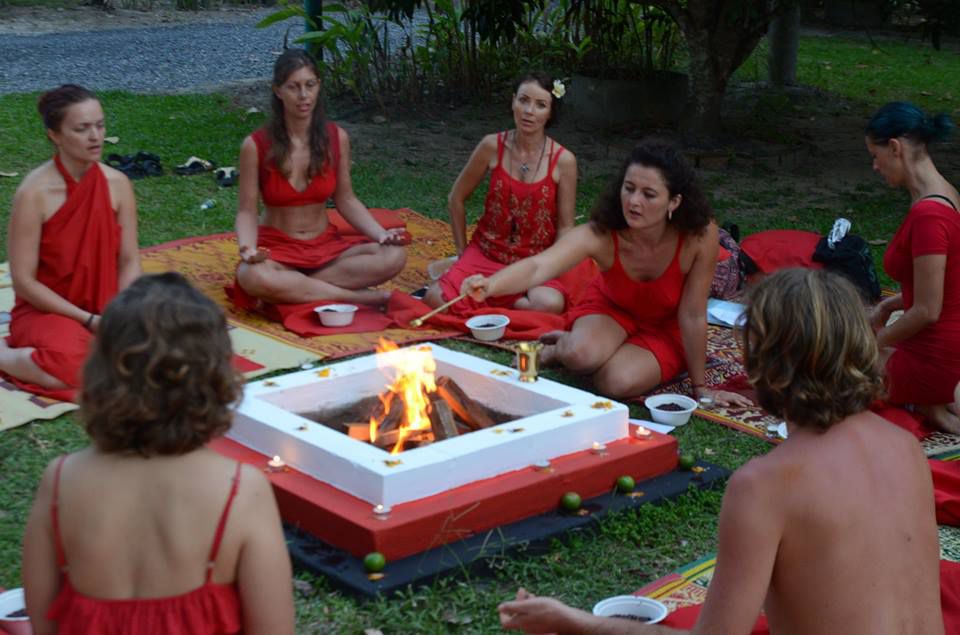 Puja is the most popular form of worship practiced in almost every Hindu household, either on a daily basis or during some important religious function or ceremony.

In Hinduism, Puja is essentially a religious ritual, or a form of communion with the Divine.  It has many levels and layers. At the highest level, it is suggestive of the symbolic offering of our lives and activities to God.

Many interpretations can be given in Hinduism to the word Puja, which consists of two letters, Pa and Ja.

Alternatively, Pu means pushpam or flower, and Ja means  japam. In this context Puja becomes that form of Hindu worship, during which water and flowers are offered to God, along with recitation of his names.

According to Hindu beliefs, during the Puja ceremony the deity, which is normally a static statue, becomes alive. This happens both at the external level and at the internal level. The statue is brought to life externally through the chanting of mantras or special invocations.

The Puja ceremony of the Hindus generally ends with the offering of Aarati, or sacred flame, to the deity and distribution of prasadam. The divine blessing comes in the form of prasada, which is sweet in nature and is infused with Gods energy.

While the methods of worship grew along independent lines, in the individual households, dependant upon their caste backgrounds and with or without the use of Sanskrit mantras, in the temples the Puja ceremony acquired a more elaborate structure, becoming a separate ritual by itself.

The significance of Puja lies in the fact that it brought Hinduism closer to the masses by separating religion from the suffocating grip of the priesthood.

Today Puja is the most common form of divine worship in Hinduism. It is the most popular medium through which every Hindu worshipper communicates with his or her personal God or Goddess. The tradition of Puja has gathered strength for its purity and simplicity, and it is suited for the modern life where people have no time or inclination to perform or participate in more elaborate sacrificial ceremonies and rituals on a day to day basis.

PrevPrevious PostYantra – What is It ?
Next PostThe 3 main categories of the RebirthingNext