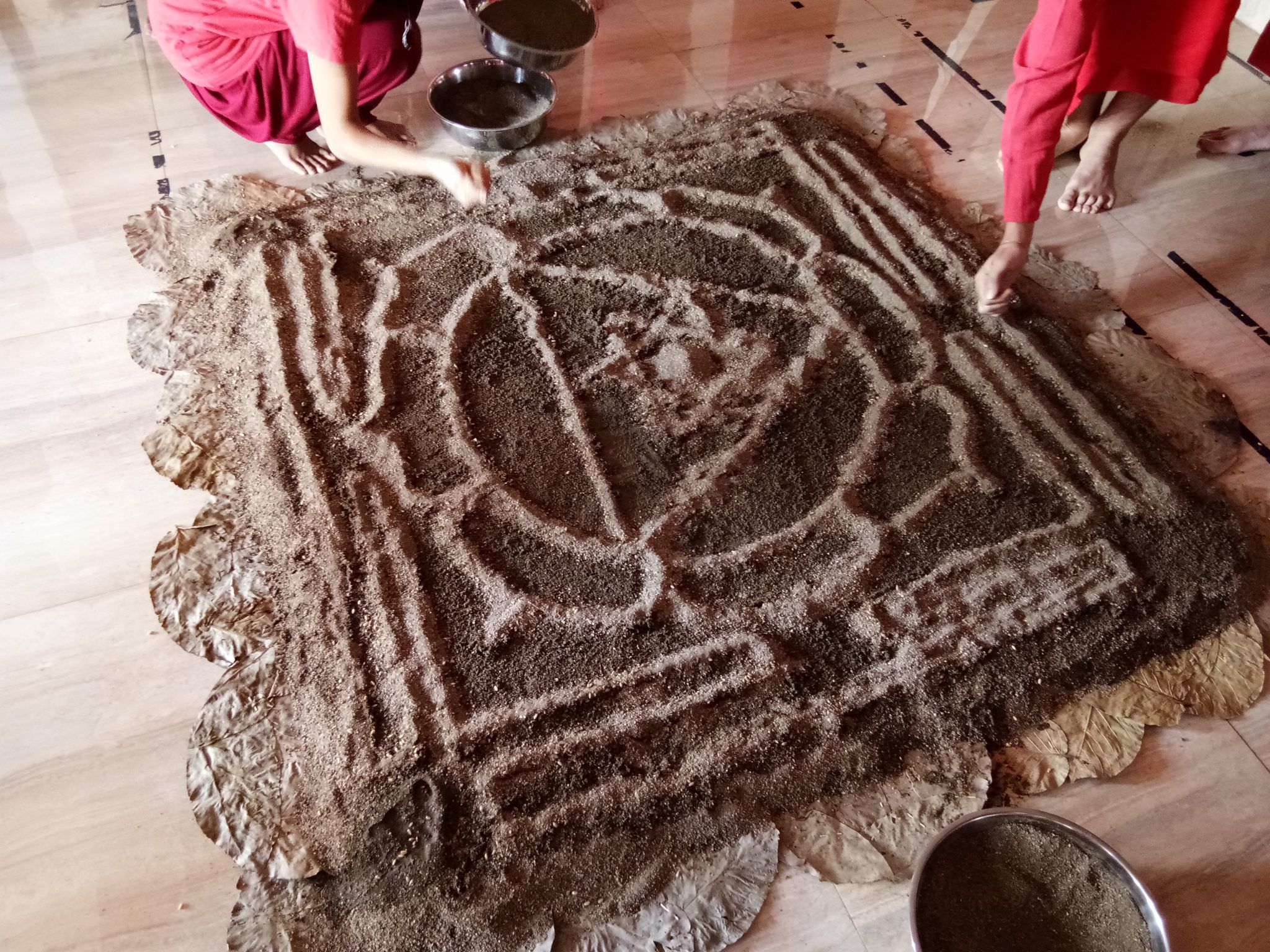 Yantra is a geometrical pattern made of several concentric figures, such as squares, circles, lotuses, triangles, point. It is the yogic equivalent of the Buddhist mandala.

Every shape, object, physical manifestation in the Universe contains a particular form of energy. Certain powers are ascribed to the various shapes. Some have evil or negative energies, and some good or positive energies. In the yogic practice only the beneficial and harmonious energies are used.

Yantras are used as an efficient tool for meditation, concentration, contemplation. When the mind is concentrated on a single, simple object, the mental chatter ceases. In the tantric yoga tradition Yantas are implemented into a spiritual practice in order to activate the energy of the yantra symbolizes within, and eventually to attain union with God.

When a practitioner focuses on a yantra ones mind is turning into the specific form of energy of that particular yantra.

The subtle energy received by the practitioner during meditation does not come from the yantra itself, it comes from the Universe. The yantra is the doorway to connect to that specific energy withing the Universe, which is symbolized by the yantra. Yantras are often focused on a specific deity, on a symbol of a Divine Masculine or Feminine, on a chakra, or on a specific energy.

Yantras cannot simply be invented from imgaination. They are made for specific purposes. Yantra functions similarly to a mantra. It helps to tune into a beneficial vibration.

Yantras can be drawn on paper, wood, stone, and can be three dimensional as well.

My favourite way of practicing with yantras is of the three dimensional one. This particular practice is linked to a Tantric master, situated in India.