How Your Birth Experience Is Replayed in Your Relationships

Home » Blog » How Your Birth Experience Is Replayed in Your Relationships

First she came to see me for Rebirthing sessions – this is a true story.
She was not only beautiful, she was intelligent, had a sharp mind, was feminine in her very essence, and was sexy. I felt from the very first time I met her that she was not aware of her own beauty. Her aura was surrounded by traces of sadness and loneliness.
As the Rebirthing sessions progressed, we discovered step-by-step the source of her sadness and loneliness. She was very successful in her career and, in fact, in whatever she had done in life, whether working in business or teaching at a university. She was very happy with her life, due to both the level of freedom she enjoyed and the fact that she earned her living from work in her dream job.

Then she met someone. She was attracted to him from the first moment she saw him. She also felt this attraction was mutual. Despite their magnetism, for quite a long time they did not really interact with each other. Despite the interest from both of them, there was something preventing them from fully following through to the obvious next steps. The strong dynamic between them contained both attraction and fear. A yes-and-no, push-and-pull game ensued. There was a longing and yearning for fulfillment, yet at the same time a powerful resistance. However, one day something unexpected and unforeseen happened and they were able to move beyond this resistance and fear. They were at last able to meet beyond the ego in what seemed to be a magical land full of possibilities. In this enchanted place they experienced a deep sense of connection, fulfillment, and unconditional love, which was unique and surprising for both of them.

But it didn’t take long for the ego to once more assert its prevalence. The magical land faded before their very eyes, as they once more became embroiled in the relentless games of the ego….
The more they tried to understand each other, the more they became trapped in misunderstandings. The more they desired to get closer, the more separation emerged, creating an ever-widening gulf between them. The more they both longed to return to that magic land, the more elusive it proved to be. She did not understand what was happening between them. The beauty which they had touched together started to morph into ugliness. The pleasure they had shared became unbearable pain. Unity and connection ruptured into splintered separation. But her heart would not let go of this man so easily.

She vowed to make a stand, to do something – anything – this time, determined not to fall back on her old tried-and-failed solutions of recrimination, questions, and emotional self-flagellation.
A glimmer of light broke through. Carried on this light beam was the realization of hope and love as triumphant. It was this newfound hope which guided her to me, and we took the first steps of what would be her transformation, her Rebirth.

As the sessions progressed, her real story unfolded and the barriers she had built fell away, layer by layer. She was the first-born child of her parents. Her father had wished for a boy and he met her arrival with scantily hidden disappointment. He thought he would more easily connect with a boy and, thus, his wish had been dashed. This narrow belief left him with the unresolved feeling of: why was he granted “only a girl”!

Naturally she picked up on these feelings from him throughout her development and especially in those vital early childhood years. From a very young age, therefore, she began to formulate thoughts that she was not wanted and her mind cultivated these perceptions of rejection until they took deep root within her core belief system and flourished into an “I’m not welcome here” mindset.

Because of this, she never felt truly welcome anywhere but this feeling manifested itself strongest around men. The walls and barriers were well under construction as she left her childhood behind. When she entered her teenage years, the reinforcement continued until, ultimately, the walls were strong, high, and almost impenetrable by adulthood. Her subconscious being was always prepared for rejection and abandonment, and her subconscious solution was to build forever higher walls.

Within the sessions it was also revealed that, as a child, she experienced disapproval from her mother. She was criticized for just being and acting the way she was, as her mother projected her own insecurities and shortcomings onto her daughter. She was ridiculed for her behavior as a teenager, which was, after all, only the usual behavior of a young woman her age. These experiences made her believe she was “not good enough.” Coupled with her childhood feelings of rejection, she now formed an almost inevitable conclusion in her mind: “I am not good enough as a woman.”

Her thoughts created a pattern built around fears of abandonment, which led her to push her partner away while at the same time desiring him. She concluded that she would have to abandon him before he could abandon her. In her mind this was logical, right? The ego was happy to agree and comply.

Now, fast-forward to Koh Phangan.
During the healing sessions this woman was able to transform her thoughts and emotions and to integrate the previous events of her life. She became more and more relaxed about herself and with her partner as well, and was able to let him come deeper into her life. When he saw the changes in her and accepted the idea that both of them played an active role in the challenges they were facing, he also began to come along for sessions.

His mother’s labor and his subsequent birth were quite traumatic. His was a forceps delivery, notoriously associated with difficulties. Since he had not been, as he saw or understood it, born without difficulties, this perceived shortcoming led him to form the thoughts “I’m not good enough” and “People take control of me.” In addition, during his childhood the approval he sought from his parents eluded him. They were too busy with their own lives or were not always present for him. So very soon he adopted more beliefs: “I am not important” and “I have to do something to get attention.”

As the sessions progressed, he came to realize that he took almost every action of his partner as a kind of criticism filtered through his damaged thought patterns. When he felt, “I am not enough,” he naturally concluded that she felt superior to him, which activated another thought: “She wants to take control of me.” The outcome of all this was that he became involved in an emotional tug-of-war with her for control in order to become, as he saw it, “even” with her.

All of these combinations of warped thoughts, actions, and reactions culminated in the two of them clashing on many levels and being unable to embrace and enjoy the synergy of their union, which had briefly brought them within reach of that yearned-for magic land…. 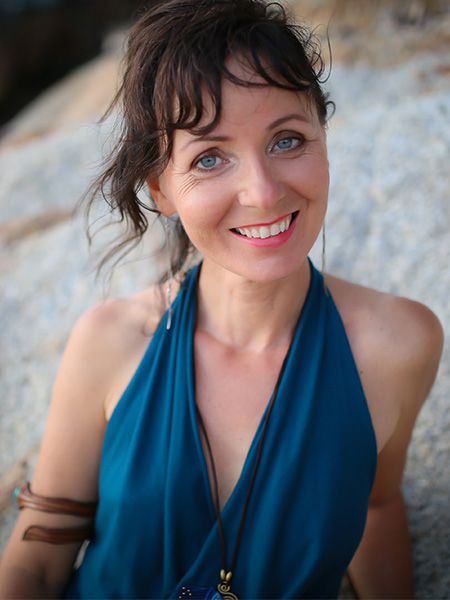